The Best Marijuana Strains for Sex

Previous Next
The Best Marijuana Strains for Sex

When it comes to vital pleasurable physiological just like eating, we are all doing the thing that makes us happy but in a different kind of ingredient and approach. So basically our sexual desire should also be given the same attention. People have been exploring at home, sexual marijuana is also popular now. The strain gives a different kind of effect during sex. So we gathered the top 7 of the best marijuana strains for sex from the Crop Kind Seeds, that you want to try during sexual activity.

Here Are the Top 6 Best Marijuana Strains for Sex

Bruce Banner is known to be the man that is changing into “The Incredible Hulk”, and it’s time to get to know this strong strain. This marijuana strain has a very high in THC content that reaches up to 30%, also a sativa-dominant strain. The Bruce Banner balance both of the indica and sativa parts that give a pinching feeling. The user may feel the intense and quick effect of this strain before it calms down, making the users with creative thought and uplifting feeling. You may also feel body relaxation with mostly its sativa effect on the user’s mind. That makes the strain be feeling creative in the bedroom activity. Inhale a bowl and try new kind types of position or foreplay that you have dreamed of.

This strain is a combination of the Strawberry Diesel and OG Kush, which gives both sweet and diesel smell and the taste also related to both strain. Although it is not tastiest buds, Bruce Banner is an enjoyable strain to use and has an amazing effect on your sexual activity makes it totally worth it.

Bubblegum is an indica-dominant strain, this strain isn’t gonna ease an exciting climax that will make you trying to think how to put medicate on the many scratches that run on your back after sex. Thinking about relaxed orgasm, with just and eye-contact with your partner the waves of pleasure will run over your mind and body for hours. It is literally a happy and relaxed high that can take a while before it affects your body. When it starts to kick in, it usually does with a tingle in your temples across your head and flush cheeks. Mental and physical stress will then withdraw to the edge and will make the user to breath more deeply and easily.

Don’t expect that this strain will you a sugary bubblegum flavor, instead, this strain gives citrus with top effects of sour lemon and orange, however, it has a little sweet taste. Although it is not a high energy strain, there is a definite tendency for giggling that can the user sensual and smooth vibe.

This Trainwreck is a sativa-dominant hybrid strain that only has a 10% indica. That only means that this strain gives an extreme cerebral high that lifts up your mood and takes in the euphoric feeling, but it also gives a little sensual, warm body buzz. Although the name of the strain seems a lot suitable for hook-ups that comprise sloppy messes, and the name literally refers to the real train wreck that happened to be close in the original growing area.

Granddaddy Purple is the offspring of two famous indica strain the Big Bud and the Purple Urkle, this strain hits the California scene in the 2000s and created a name for itself by giving both physical effects of relaxation and mental effect of euphoria. Some people jokingly refer to it as a green viagra because of its effects. Consumers and user enjoy the dreamy and beautiful buzz, which make them do an intimate, slow sexual activity. Consumers are not distracted with getting used to it on relieving pain and stress, this strain is perfect for relaxing self-consciousness as it increases the feeling of pleasure.

Because of the parents of this strain, the Granddaddy Purple has a berry and grape aroma that is reflecting its taste profile. If you’re looking for a pretty delicious draw and amazing effect, you will surely enjoy the sweetness of berry and grape flavor. Using is over its recommended dosage it will make you immobile because of its very strong indica content, and it is not good for sex in all cases.

Jack Herer is a sativa-dominant hybrid strain that has 55%, and it was named for a long-lasting marijuana activist. There are a lot of noteworthy features when you used it while having a busy day. It acts quickly and comes with a refreshing headrush that changes into some tingling that moves all the way down the body. It gives a simultaneous mental buzz and relaxation, it is amazing to use for sexy time, being creative, and active mind. The visualizations are noticeably increased, so think about fun foreplay that includes telling your partners your sexual desire slowly in their ears.

The Sour Diesel plant is an extremely well-known sativa-dominant strain that acts quickly and gives the consumers rapid energy coupled with some slightly cerebral effects. It exactly restores synaptic activity in the users’ brain, so it is a bit of uproaring high covered with a little effect of physical relaxation. This strain triggered the insatiability so the people using this strain are enhancing their sexual activity. This strain is perfect for sexual activity when the user feels like their heart is racing, increasing desire, and skin getting hot because of being aroused. This strain is one best marijuana strains for sex. 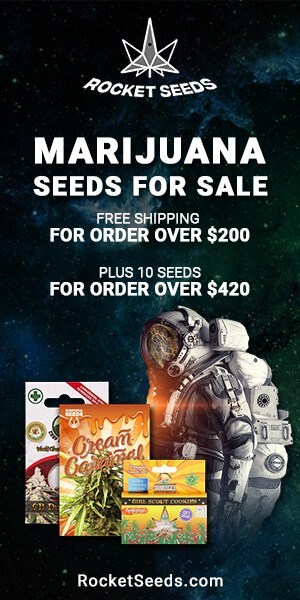